Dodgers pitchers and catchers report tomorrow. I’m ready to once again follow the team of my childhood. I’m not happy that I most likely won’t be able to watch the games on television due to the greed of the current Dodger ownership group. Only those who have Time-Warner Cable or Charter Cable will see the games, barring a business miracle very soon. We have Verizon Fios. We could have gotten Time-Warner, but when we moved here we were warned to go nowhere near them.

It’s especially distressing given that this will be Vin Scully’s last year broadcasting Dodger games. Yes, we can hear him for the first three innings of home games on the radio, but fans deserve better.

I spent a number of years as a Giants fan. I warmed up to the Giants one year in the mid-1990’s when they were in contention and we were living in Mountain View. At our rental house there was plenty of yard work to do, and Hank Greenwald’s radio play-by-play was a great companion while trimming the hedge. Terry and I loved the television team of Duane Kuiper and Mike Krukow when they emerged, and we were delighted when Jon Miller took over the radio duties in 1997.

But we are no longer in the Bay Area and hearkening back there only causes me emotional distress. So the Dodgers it is.

Given the Dodgers television situation, however, we’ll leave plenty of bandwidth for the Los Angels Angeles of Anaheim as well. Besides, that’s Terry’s team. Their pitchers and catchers reported today.

And so the season begins.

The folks at Current reminded me that the NPR news magazine All Things Considered made its debut on National Public Radio in 1971.

It was in the spring of 1971 that I graduated from high school, and in the fall of 1971 that I started college in Claremont, located on the eastern edge of Los Angeles county. Many of us there listened to classical music regularly. In addition to the commercial Los Angeles classical music radio station, KFAC, the noncommercial station KUSC broadcast classical music. KUSC also broadcast All Things Considered in those days. Today KFAC is long gone and KUSC is all classical. I don’t remember when I first started listening to ATC, but I know that I was very familiar with it by the start of my junior year, when I moved into the quiet suite in Mead Hall at Pitzer College. I remember discussing the program with my suite mates.

I still listen today. The show continues to provide quality reporting. I wrote last fall about avoiding news overdose, and that is still something I need to work on. I listen to NPR news shows more than I need to. Sometimes it is just good to switch to music.

But I’m glad that All Things Considered is there for me. 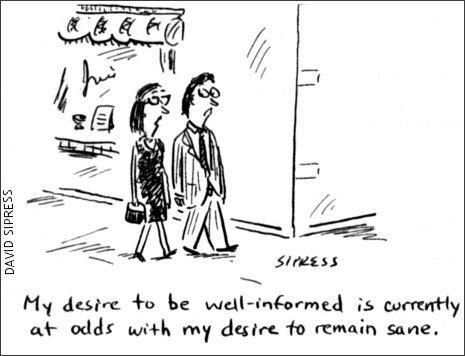 it’s best when you improvise (in the kitchen)

No, I do not like smooth jazz. Give me straight-ahead jazz, please. You can talk to Terry about smooth jazz if you like. But I do love that tag line from the show.

The same thing applies in the kitchen. Some of my best efforts have been the result of improvising. I particularly enjoy improvising when I’m working with ingredients we have on hand.

I figured I could work with that.

I cut the chicken breast into two pieces and seasoned it with the salt-free 33rd & Galena seasoning from my number one (and for the most part exclusive) spice monger, Penzeys. I cooked the chicken in the frying pan. I then turned off the heat, put a piece of provolone on each piece, and prosciutto on top of that. I put everything under the broiler.

Terry was delighted. I was happy with the result.

Another enjoyable result of improvisation.

pray as you experience life

Some months back my church posted the following on Facebook:

‎Pray‬ as you actually experience life,
rather than as you might wish it to be.

I like this a lot. After all we can’t fool God. Every Sunday the priest reminds us: “Almighty God, to you all hearts are open, all desires known, and from you no secrets are hid…”

It’s tempting to act as if things are as we would want them to be, and we certainly ought to be focusing on our goals and moving those things forward. At the same time, it’s important to acknowledge where we really are.

Now implementing that, there’s the challenge.

Choir of Hexham Abbey, Here I am Lord

I try hard to keep this straight in my mind: what is the difference between dark matter and dark energy?

In her book Dark Matter and the Dinosaurs (review coming when I’ve finished it) author Lisa Randall points out that dark energy is uniform throughout the universe, but dark matter is lumpy, existing in different consistencies in different places.

There was a time when cosmologists thought that the expanding universe would snap back and create in essence a new Big Bang. Very consistent with Hindu cosmology.

More recent thinking, as I understand it, says that there is not enough energy to do that. Rather, the universe will keep expanding until it cools off into nothingness. “Not with a bang, but a whimper.”

Depressing, except for the fact that we won’t be around to see which theory is correct.

And in any case, we have more pressing matters to address here and now. While the drought is perhaps abating in the northern part of California, it is still an unpleasant reality here in the Southland.

Then there’s that presidential election of 2016.

Waiting, Linda Ellerbee, for you to say, “And so it goes.”

Lent already. We’re only a third of the way into February and it is Ash Wednesday. Easter is early this year: 27 March, so Ash Wednesday and Lent are early as well.

I have long thought of Lent as being a long, drawn-out season and Advent being a short, fast season. But I looked at the liturgical calendar a while back and I realized that there is only one more Sunday in Lent than there is in Advent. Sure doesn’t seem that way. I guess it’s the different nature of the two seasons.

So here we are. The journey begins.