The fact that much of Southern California cannot see the Dodgers on television on account of the greed of the Dodger ownership group and Time-Warner Cable means that some fans get overly excited when a game is broadcast on ESPN or as a Fox Television Saturday game. I scratch my head at this excitement. Yes, you can see the team on the screen, but the broadcasters are the network guys, not the local announcers. To me, who is broadcasting the game is important. 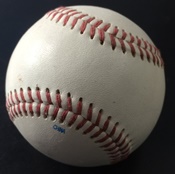 The Giants have always done a fine job of employing broadcasters. I loved listening to Hank Greenwald on the radio. In 1997 Jon Miller became the lead radio broadcaster for the Giants. He is one of the very best. More recently, the Giants brought on a then young Dave Flemming and he is first class in his own right. On television, of course, Giants fans get to enjoy the marvelous team of Mike Krukow and Duane Kuiper—Kruk and Kuip.

Here in Southern California we have, of course, the legendary Vin Scully. And despite the television issue, I can hear him on home games when he simulcasts the first three innings. When Vin is doing television Charley Steiner does the radio play-by-play. I’m finding that Charley grates on me, which is odd, because I enjoyed when he did post-season baseball for ESPN. On road games when the new guy, Joe Davis, is not in the TV booth Charley does television. For those games Rick Monday does the radio play-by-play. I really do enjoy listening to Rick.

Who is broadcasting the game does make a difference to me.