When Terry and I were in Silicon Valley I used Palo Alto Medical Foundation (PAMF) for my healthcare. I was generally happy with it. They accepted my PPO insurance, and having all the various departments and specialties under one roof, metaphorically though not physically, made things easy. Terry had a doctor she really liked who was out-of-network, but when that doctor kept raising her fees Terry moved to PAMF as well and liked it. 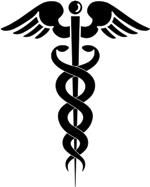 When we moved here to Hemet there was no analogous medical group in the valley, but rather a patchwork hodgepodge of private practices. I got a recommendation for a doctor from a reliable source at church and made an appointment for my physical. That doctor accepted my PPO insurance. I had two appointments. At the first appointment in October 2015 he ordered my blood work and checked my breathing with his stethoscope without having me take off my shirt. That was all. He told me to come back in six weeks to review the results. Six weeks? Really? When I went back he reviewed the results with me, but did not touch me. Are you kidding me? And I was charged a copay both times. The annual physical was supposed to be no charge under that plan. When I called the insurance company they told me what they claimed he had seen me for—things we never discussed. I was determined to find another doctor for the next year’s physical.

Things happen for a reason. When I sat next to a couple at Rev. Kathleen’s farewell luncheon in September of last year they told me that one of the reasons they were in Hemet was that they had long been in the Kaiser system and needed to me near Kaiser facilities. Kaiser? I asked. Where is there Kaiser near here? In Moreno Valley they told me. That’s just up the road, perhaps forty minutes or so. No father than Terry and I had to drive for PAMF when we were in Gilroy. That got me thinking.

I had never seriously thought about being part of Kaiser, but I knew people who liked it. They certainly had a reputation for being proactive when it came to preventative care. And aside from the issues with my doctor, I didn’t like going to a lab independent of the doctor’s practice, and I hated not being able to log on with my web browser to see my test results.

Then a couple of things happened. Terry went to see her doctor for her annual physical in October. After waiting ninety minutes she god mad, asked for her test results, and left. At open enrollment time the packet that arrived told us that my former company (which very generously reclassified me as a retiree shortly after laying me off in 2014) dropped the PPO option in favor of a percentage indemnity plan.

Time to become part of the Kaiser system. I won’t go into how we signed up for both Covered California and my company’s plan, and then elected to go with my company’s plan rather than the California version of Obamacare, even at twice the monthly premium, after the disheartening results of the presidential election. The essential point is that we’re with Kaiser.

So far we’re pleased. Terry is happy with her doctor, I am happy with mine. Both are proactive with respect to our care and well-being. Terry had a call from orthopedics the day after her physical to schedule an appointment for her. Our doctors don’t hesitate to schedule tests when appropriate. For things like blood work we get in and out of the lab quickly.

I have to say that I feel much more secure with Kaiser than with the private practices here that seem more intent on maximizing their insurance billings than on patient care.

I believe we made the right decision.