in defense of tautology

I get an email each time the folks at grammarbook.com publish a new blog entry. The pieces are often interesting and I have the opportunity refresh and review my knowledge of various grammar rules. Sometimes, however, the people there can get just a little too fussy and stuffy. Such was the case with a recent discussion of tautologies.

A tautology is, of course, a needless repetition of words. The Grammar Book crew tells us that we should eliminate all tautologies from our writing. 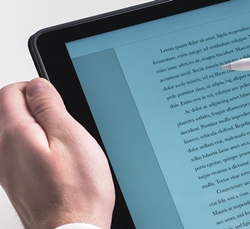 Some tautologies we can clearly do without. “Forward planning” is a good example. Can you plan for the past? However, the article also cites phrases such as “each and every one,” “above and beyond,” and “vast majority” as forms to avoid.

The piece admits that tautologies will always exist in spoken language. (When I was in the food service business in college the cook would say that he was going to “steam off” the vegetables. The unnecessary “off” is part of the rhythm and cadence of spoken English.) The story then goes on to say, “Careful writers, on the other hand, have the time and the will to infuse their linguistic diets with protein. They cut the sugar and carbs that add calories without nutrients to their thoughts.”

What the Grammar Book people fail to acknowledge is that 1) cadence and rhythm matter in written English as well as spoken and 2) the longer version can have a different shade of meaning than the simpler form.

To cite their examples, both “each and every one” and “above and beyond” have a cadence that a stripped down version would be without. They also offer a form of emphasis that would be missing in a simpler version. There are instances where “vast majority” is indeed appropriate. Fifty percent plus one is a majority, but not a vast majority. In a recent ballot initiative in the City of Lake Elsinore, California, the No vote was 3,320, while the Yes vote was 446. In this case, the vast majority of people casting their ballots voted No.

Here’s another phrase the blog tells us to avoid: “invited guest.” Again, there are times when “invited” might be appropriate. If you are driving down the interstate and are getting tired you might stop and check in at a motel. You are a guest at the motel, but not an invited guest. However, if you receive an invitation to a formal banquet on linen stock with raised ink and then are treated shabbily by the host, someone might write in your defense that you were, after all, an “invited guest.”

While there are plenty of situations in which tautology is best avoided (don’t you hate those signs that read “ATM Machine”?) tautology is nonetheless one of many components that makes English the rich language that it is.

Use it when appropriate.