We are at the midpoint of Star Trek: Discovery. Past it, actually. Episode 9 of 15 was released on 12 November. The series returns in January.

So where are we? 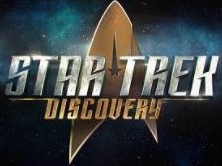 The series is true to the Star Trek ideal of diversity. They are trying to be consistent with the timeline of taking place 10 years before the original series and are working at keep things in context. (Why did Spock, whose parents were also the main character Michael’s guardians, join Star Fleet?) There are references to the original series, such as two episodes involving the scoundrel Harry Mudd.

However, the technology is all out of whack. They have holograms and holodecks, something that didn’t show up until Next Generation. And dark. It’s way too dark for the Gene Roddenberry Star Trek positive vision of the future. But each episode is intense with unexpected plot turns. And, of course, they left us hanging at the end of episode 9.

It’s not your father’s Star Trek. Hell, it’s not my Star Trek. Nonetheless Terry and I will be watching when the series returns in January.