← a different kind of exercise
Silences → 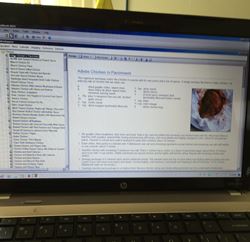 I worry about the accessibility of my data should something happen to the software or should my laptop give it up. Based on suggestions from folks in my kitchen appliances and pressure cooker Yahoo groups, I downloaded trial versions of both Paprika and Cook’n. Both support the import of Living Cookbook data, but I didn’t like the look and feel of either and I didn’t like the format of either for printing recipes. That leaves MasterCook, which does not provide a trial version, but does seem to have a pretty straightforward user interface.

So here’s my plan. I’m going to keep using Living Cookbook, but whenever I add a recipe I will export .fdx and fdxz files from my laptop to my desktop. That way, if something goes south I can buy MasterCook and still have all of my recipes. Not optimal but workable.

But Living Cookbook, did you have to leave without saying goodbye?