← Sacred Music Friday: He Comes to Us as One Unknown
a simple tech fix →

a tortilla problem solved, it seems

I’ve written here about buying a tortilla press and making my own tortillas. I have written about my struggles in getting things right. And I have never been totally satisfied. One of my problems was when we would make fajitas (or soft tacos, depending on your perspective) the tortillas would split. 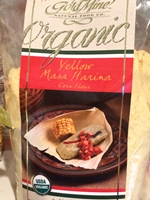 When I bought masa I would always buy Bob’s Red Mill. The company is known for its quality, and I thought it a good choice. The last time I was planning on making tortillas, however, I was shopping at Sprouts. They carry the Bob’s Red Mill brand, but not the masa. They did have a brand called Gold Mine, so I bought that. The Gold Mine brand looked smoother and less grainy than the Bob’s.

When I went to make the wet masa mixture (I dive in with my food handling gloves) it definitely felt smoother and less grainy. I started to make the tortillas and I had a mess. They kept falling apart. But I knew what the problem was: too much water. I asked Terry to add more dry masa to the bowl. (Once again I was wearing food handling gloves and my hands were covered with the masa mix.) That did it. Terry and I got our tortilla production line going.

When we sat down to eat and I put the beef and toppings on the tortilla, folded it and began to eat there was no split! Wow. And that held true for two more tortillas.

I never thought that the brand of masa would make a difference, but it did. Bob’s Red Mill has a great reputation, mostly well-deserved, but it seems their masa is not the best choice for making tortillas. I’m delighted to have found Gold Mine which gives me the result I am looking for.