← What is Real?
sacrificing quality for price →

on not throwing the baby out with the bath water

I have written quite a bit recently about plant-based meat substitutes. For six months after my surgery in February I was not allowed red meat, and those products helped satisfy my cravings. I am once again allowed to eat red meat, but those products are still a part of my diet and cooking habits. 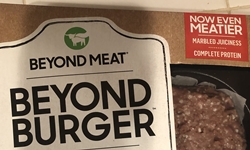 There has, however, been something of a backlash against the Beyond Meat, Impossible, and LightLife products. I see items pop up on social media and in suggested stories on my Google iOS app. My good friend Farrell has railed against them on Facebook. In one CNBC article, John Mackey, co-founder and CEO of Whole Foods, said that these products are highly processed and not terribly healthy. The Impossible product has been criticized for being made with highly processed soy. 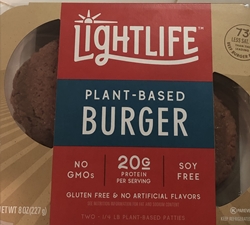 But let’s back up a minute. Beyond Meats says its burger product contains a blend of pea, mung bean, and rice proteins. The LightLife product is somewhat similar. Processed, yes, but healthy vegetable products. And these products are far healthier for the environment, as Mackey admits. The CNBC article states, “According to a study commissioned by Beyond Meat with the Center for Sustainable Systems at the University of Michigan, a plant-based burger generates 90% less greenhouse gas emissions, requires 45% less energy, has 99% less impact on water scarcity, and 93% less impact on land use than a ¼ pound of traditional U.S. beef.”

It was back in 1971 that Frances Moore Lappé, in her groundbreaking Diet for a Small Planet, pointed out that animal products are a highly inefficient way of getting protein. And within that realm, beef is far and away the most inefficient. Folks, one reason (among many) that the Amazon is burning is our insatiable desire for beef. Getting our protein from plant-based sources is far easier on the planet. These products will continue to evolve and improve. If people can shed their lust for beef by eating these products then we ought to give them a fair shake.

Let’s not throw out the baby with the bath water.