← About This Life
Uncommon Measure →

Terry and I have been very happy with the house we bought here in Hemet seven years ago. One thing that has not been great, however, is the way the house retains heat in the summer. We finally decided that it was time to do something about that.

Our contractor suggested that we install a whole-house fan. At first that seemed like a good idea. But when we consulted with his electrician who installs them we realized that would not solve our problem. The idea of a whole-house fan is that you turn it on when it is cooler outside than inside. So that wouldn’t help with the house retaining heat in the afternoon. 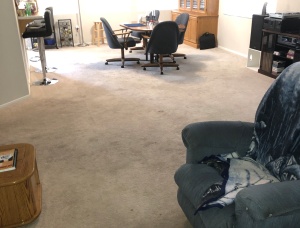 What we decided to do was to replace the insulation in the attic. At first I didn’t think it made any difference, but as the weather got warmer I realized the house was staying cooler later into the day. That is until the sun hit the northwest facing windows late in the afternoon. To solve that problem we ordered a set of patio blinds to help insulate the house that time of the day. They should be installed in a few weeks.

While we were at it we decided to have our air ducts cleaned. We hadn’t had them cleaned since we moved in, and who knows how long before that it had been since they were cleaned. That may or may not be helping with the efficiency of the air conditioner, but Terry and I are certainly sneezing less and we are using a lot fewer Kleenex. That is a Good Thing.

Now, just waiting for those patio blinds to be installed.