the fiction in nonfiction

I wrote last week about Marius Kociejowski’s memoir A Factotum in the Book Trade in which he recounts his life in the book business. Kociejowski writes about how the author Bruce Chatwin lived in the building above one store where he worked. Chatwin is the author of In Patagonia, a travel book that I thoroughly enjoyed when it first appeared in the seventies. Kociejowski writes of Chatwin:

Chatwin was an excellent writer and raconteur, but he was not above inventing things in order to keep the reader’s interest alive and in doing so he put into motion a worrisome trend in travel literature. It is hardly surprising that many readers have come to mistrust it as a genre.

I was disappointed but not surprised. But we can hardly blame Chatwin for this phenomenon. John Steinbeck published the book Sea of Cortez with Ed Ricketts in 1941 and reissued the narrative portion of the book as a stand-alone travelogue, Log from the Sea of Cortez, a decade later. By the time he wrote the narrative his marriage had ended, but when Steinbeck and Ricketts made the trip there (it’s a body of water also known as the Gulf of California), he was still married and his wife was along on the trip, doing the bulk of the cooking and chores. In the published volume, however, Steinbeck has her waving them goodbye from the dock. 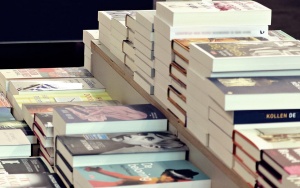 Steinbeck published Travels with Charley in 1962, marketed as a travel memoir. His biographers, however, say that most of the encounters in his book originated in his study at his typewriter.

Paul Theroux, on the other hand, is guilty of the sin of omission. His wife did not want him leaving home and riding the rails in Europe so he could write what became The Great Railway Bazaar. When he came home months later he found her in bed with another man. But Theroux did not admit to this until many decades later.

Nor do I believe Kociejowski is correct in limiting this issue to the travel genre. Lillian Hellman published the book Pentimento as nonfiction, though commentators have long questioned the reality behind at least one section, the one entitled “Julia.” It describes an anti-Nazi activist in World War II helping to smuggle money for the resistance. The story was, it seems, for the most part fabricated. More recently, James Frey published A Million Little pieces in 2003 as a memoir of his life in the world of drug addiction. In a highly publicized scandal, it came out that the book had no basis in actual events. It got Frey in a heap of trouble, especially since Oprah had promoted Frey and the book when it first came out.

Then there’s Joyce Maynard. (Yes, I have an unhealthy obsession with Maynard, about whom I have written not just once but twice, and have mentioned other times in my blog.) She and I are the same age. Maynard published Looking Back in 1973. I fell madly in love with her when I read the book in about 1976 because it expressed the same feelings and values that I had at the time. I learned later that she did not hold those feelings and values at all, but was writing what she thought her audience wanted to read. For years I felt angry and betrayed beyond anything rational. To her credit Maynard later admitted that she was misguided to have written the book the way she did.

I have written about fabrication in books released as nonfiction before (more than once), but my reading of Kociejowski’s memoir made for an excellent opportunity to revisit the topic. Just because a book is published as nonfiction doesn’t mean that it is.