waiting for the Holy Spirit

I am not a trinitarian kind of guy, as I have more than once noted here. My personal theology is much closer to rabbinic Judaism than it is to a Christian trinitarian perspective. Yet I am an Episcopalian, about as trinitarian a denomination as it’s possible to be.

Nonetheless I do sometimes like the idea of the Holy Spirit, depending on how it is portrayed. Some of the best, most interesting, and fun portrayals can be found in the Facebook page Unvirtuous Abbey. One of my favorites is this one. It reminds me that in those moments when God seems far away one only need wait a short while for the arrival of His (Her!) presence. 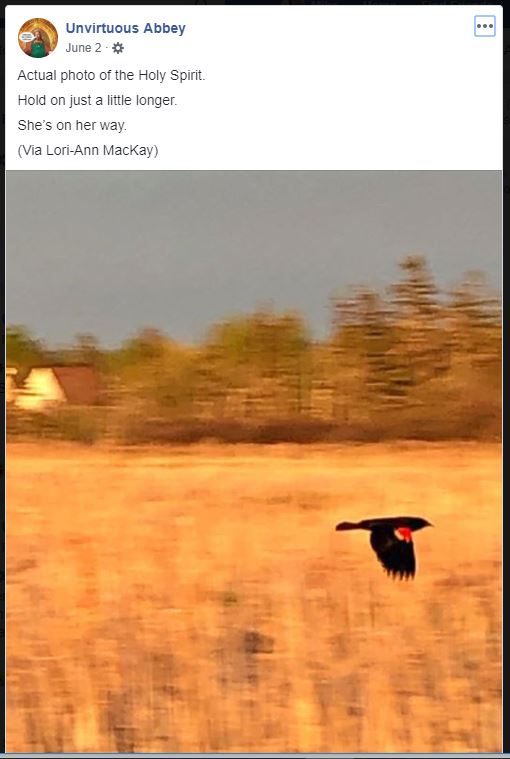 I learned on Monday of the passing of long-time Episcopal Church of the Good Shepherd member C.A. Conn. C.A. was a busy, active member of the church until just a couple of months ago, when she was struck by a progressive, debilitating illness. 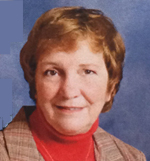 I really didn’t know her at all my first eighteen months at Good Shepherd, but we were thrown together on the profile committee after Pastor Kathleen’s retirement. She always had an opinion which she felt you were entitled to hear. But she had a lot to offer, and had an in-depth knowledge of the history of Good Shepherd, which she documented. She produced a marvelous video, in which I play a cameo role, as part of our rector search process. At the outset she didn’t know me either, but came to appreciate both my computer and writing skills. That meant a lot to me.

When Sandra, our communications director, left for a career opportunity at Good Shepherd Episcopal Church in Lookout Mountain, Tennessee, C.A. told Linda, our Senior Warden (that is, board president) that I was the one who should be tasked with maintaining the church web site and sending out the weekly e-news. Linda was happy that I was willing to take those tasks on, along with the church Facebook page. Meanwhile, C.A. took responsibility for the weekly church worship bulletin. I was frequently in touch with her about content for the e-news.

C.A.’s decline was sudden, unexpected, and troubling. Long a highly mobile and independent person, she had to rely on her devoted husband for transportation and she began walking with a cane. Eventually she was unable to even get out of the house.

C.A. led a marvelous life and gave fully and generously to Good Shepherd Episcopal Hemet. She will be greatly missed and she leaves big shoes that we’ll need to fill.

We love you, C.A. Rest in peace and rise in glory.

the wait is finally over

I have written about my church, the Episcopal Church of the Good Shepherd, and our ongoing quest to find a new rector since Pastor Kathleen announced her retirement nearly three years ago. Kathleen departed in early September 2016 and our interim rector, Fr. Rob, arrived at the beginning of November. After a year we had not found a permanent rector but Fr. Rob was unable to stay on any longer.

Since then we have made do with supply priests, who showed up only on Sunday and a few other key dates on the liturgical calendar. We’ve been fortunate in that on most Sundays we have had one of two very capable retired priests to celebrate the Eucharist, Fr. Carr and Fr. Orozco. The two are very different in their styles but each quite good in his own way.

Happily, that time of uncertainty has come to an end. On Sunday Linda, our Senior Warden (the Episcopal equivalent of the president of board of directors), announced that the vestry (church board) had called the next rector to Good Shepherd. She has been on the East Coast for many years with solid experience serving a variety of Episcopal parishes. She also has family in northern San Diego County, just to the south of us.

It looks to me like this is going to be a really good fit and I look forward to her arrival on July 1. You can read her letter to the congregation to learn more. 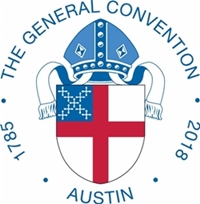 One issue of interest to me was the revision of the 1979 Book of Common Prayer. The House of Deputies proposed a specific plan to revise the prayer book, with a new edition to be released in 2030. (Yikes! I don’t want to calculate my age in that year.)

The house of Bishops rewrote the proposal to form a Task Force on Liturgical and Prayer Book Revision (TFLPBR), and states:

Resolved, That bishops engage worshiping communities in experimentation and the creation of alternative texts to offer to the wider church, and that each diocese be urged to create a liturgical commission to collect, reflect, teach and share these resources with the TFLPBR; and be it further

Resolved, That the TFLPBR in consultation with the Standing Commission on Structure, Governance, Constitution and Canons is directed to propose to the 80th General Convention revisions to the Constitution and Canons to enable The Episcopal Church to be adaptive in its engagement of future generations of Episcopalians, multiplying, connecting, and disseminating new liturgies for mission, attending to prayer book revision in other provinces of the Anglican Communion…

The resolution states that “That this Convention [will] memorialize the 1979 Book of Common Prayer as a Prayer Book of the church preserving the psalter, liturgies, The Lambeth Quadrilateral, Historic Documents, and Trinitarian Formularies ensuring its continued use…”

The House of Deputies concurred with this resolution by a voice vote. It was a marvelous spirit of cooperation.

Good stuff, all of that.

In a related decision, the convention made all marriage sacraments available to all couples, both same-sex and opposite-sex. I will allow Susan Russell to explain.

Much more was accomplished as well. It was a productive convention.

Ann was a well-known figure to Episcopalians online. I knew her through her blog, through the Episcopal Café, and through Facebook. 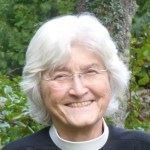 I was aware that she had some lung issues, but somehow I had the impression that those issues were under control. However, Ann announced before Ash Wednesday that she was not going to observe Lent this year – she had enough to focus on with her own health. She, in effect, put herself into self-managed hospice care. Somewhere around Easter she called in the hospice professionals. Her daughter let us know last week that Ann died peacefully in her sleep.

We will miss her.

I loved reading her blog when she actively maintained it. She was a founder of the Episcopal Café  and an active contributor until recently. I once wrote an article for the Café  in which I described how, though an Episcopalian, I had a big problem with the Trinity and that my theology was much closer to that of rabbinic Judaism. She posted a comment on Facebook saying, “Someone doesn’t understand the Trinity.” That kind of irked me, but she was right. I still don’t understand the Trinity.

Ann was also a Facebook friend. She would occasionally click Like on one of my posts. I appreciated that. She loved baseball, as, of course, do I. She was a big-time Cubs fan. While still in the Bay Area I was a Giants fan, but after moving back to SoCal in 2015 I had no choice but to resurrect my loyalty to the team of my childhood, the Dodgers. There was some discussion a while back about bringing the designated hitter to the National League. Ann posted her outrage to Facebook. A FB friend replied that it wasn’t that big of a deal. And replied, “Yes it is!” I fully agreed with her.

We love you, Ann. We miss you. Rest in peace and rise in glory!

I was feeling that it was hard to stay engaged with my church, Episcopal Church of the Good Shepherd here in Hemet. I have written about our rector’s retirement, about the useful and positive year we had with out interim, Fr. Rob, and about how after that year we still did not have a new rector. What we have been doing is going week-to-week. Various priests in the area who are available and who don’t have their own parish show up on Sunday morning to conduct the service. I was glad our lay leadership was seeing to that since the alternative is lay-led Morning Prayer, as we can’t have Communion without an ordained priest. Still, I was frustrated. These supply priests, as they are called, are capable and competent, but they are visitors and don’t have a personal investment in the parish.

Then we all got a surprise. Our very capable and competent communications director, Sandra, notified our Senior Warden (i.e. board president) that she had found a full-time position at a church in Tennessee. Sandra had been only part-time here.

I was then asked if I would help out by maintaining the church web site and handling the weekly e-mail newsletter. I was going to volunteer anyway so I was happy to pitch in. Added to that is the church Facebook page and monitoring the two email accounts.

This gives me a new sense of purpose at Good Shepherd and I am happy to be involved.