I don’t understand why Terry and I take the time to go to the ocean so infrequently. Sunset State Beach, the closest beach to us, is less than an hour away, is relatively uncrowded, and parking is free because of the pass that came with our California State Parks Foundation membership. We don’t give ourselves that anywhere near often enough.

Yesterday we did, and it was a relaxing, soothing, healing time.

what happened to trail etiquette?

A week ago Sunday Terry and I went out to the San Martin entrance to Henry Coe park and walked the flat paved trail there. We had bug-bombed the house and thought that would be a good thing to do while that was happening. (Afterwards we had lunch at A-Jay’s Cheesesteak in San Martin, which was even better.)

Back in 1989-1990 when I lived in Los Gatos I would go to Vasona park and bike the trail. Riders going faster than me would call out “On your left!” So I could move to the right and let them pass. On our visit to Henry Coe we were passed by bikers who zipped past us on the right with no such consideration. How about a shout, “On your right!” so we can step aside and let you pass?

Where did trail etiquette go? 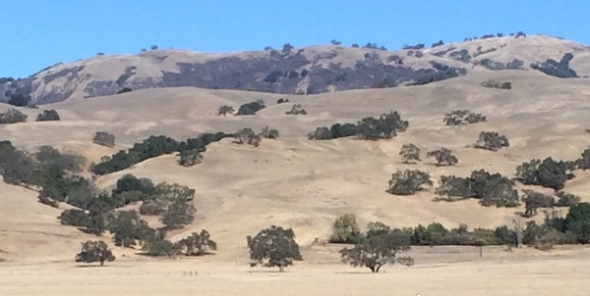 Terry and I promised ourselves more ocean time this year. On Sunday we took ourselves up on that pledge. I skipped church and we drove over to Capitola. We planned to wander around the village of Capitola before heading 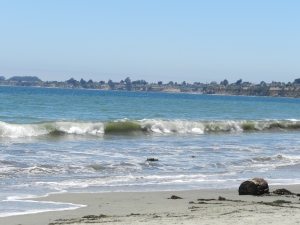 to New Brighton State Beach. However, there was a run happening that day of which we were not aware, and with the main village parking lot having lost a third of its capacity anyway, parking was miserable. (The police department has set up quarters there in portable buildings, due to last spring's flood that damaged a number of buildings, including City Hall.)

So we headed straight to the beach. Parking was easy, and though there were plenty of people there, the beach wasn't overly crowded. A little bit of walking took us away from the worst of the crowd. Actually we did a lot of walking, all the way down to Seacliff State Beach. That's 2.49 miles according to  my Android CardioTrainer app. (More on the CardioTrainer later this week.)

A good day. A great getaway.