everything new is old again

I like having one place to go to read all of the new posts for the blogs I follow along with daily updates from pages such as NPR Arts & Life. This was made easy a number of years ago with the advent of RSS, Really Simple Syndication. All you needed was a web site or app that supported the protocol. For a long time a lot of us used Google Reader, which was well suited for the task. But Google can be like a child with a short attention span who gets bored easily, and it dropped Google Reader a while back, sending lots of people scrambling. I have since been using a service called NewsBlur, which I can access from my web browser or by using their iOS app on my iPhone and iPad. It works well.

The problem is that RSS support has become spotty. Bosco Peters, an Anglican priest in New Zealand, has a wonderful blog called Liturgy. When Bosco redid his web site the RSS feed was lost, and his attempts to fix it were unsuccessful. My friend Tahoe Mom resurrected her blog at a new site and it has no RSS feed. Frustrating.

I suppose the predominance of social media has rendered RSS nearly obsolete. That’s unfortunate, because in these days and times I try to stay away from social media except for Instagram, and I especially work at keeping off Facebook except for my Episcopal Church of the Good Shepherd communication tasks.

To invert the words of that catchy Peter Allen song: Everything new is old again.

I don’t believe that I’m the only person who finds it easy to consume idle time by picking up my iPhone and scrolling through Facebook. And it’s easy to let that be a time sink. The powers behind social media know how to use the same techniques used by casinos to keep you there rather than simply moving on.

I’m trying to break that habit. I have discovered that it is easy and comfortable to read a Kindle book on my iPhone 8, something that was not the case with my antiquated iPhone 5s. So I am consciously training myself to click the Facebook icon, take a quick look and then move on to whatever book I am reading on my iPhone Kindle app (which will always be different from what I am reading on my iPad Kindle app). Facebook is making this easier for me by showing me posts that are several days old high in my newsfeed and by burying the Most Recent link.

More book reading, less Facebook. That is a Good Thing.

Sometimes Facebook does some nice things. Thinking about my reflections on immigrants and food I was pleased and surprised by this video that Facebook generated. It’s a nice appreciation of a positive set of values around community. (This may take a few seconds to load.)

There was a big dust-up which reared its ugly head on my Facebook news feed a week ago Saturday. A well-known (in certain circles) author of books on the history and future of Christianity made a comment complaining about the new design of a popular Episcopal news and features Web site. That created a firestorm of comments and some justifiably hurt feelings. The original poster then, somewhat immaturely in my mind, said that she was never, ever going to post anything at all about the Episcopal Church on Facebook again.

On that very same Saturday I had an email from my spiritual director confirming our appointment for the next Monday. She also said, in response to a question on my part, that she wasn’t spending a lot of time on Facebook these days.

I thought it was a good time to follow suit.

The whole thing made me think about how Facebook, unchecked, can be quite the time sink. And given that it is rife with inaccurate information, out-of-date news, anger, bias, and sometimes simply frivolous content, scaling back was a good thing.

Transforming my news feed into a way of keeping up with friends and family, along with a few Episcopal resources and the NPR Books page, while paring away the rest has been a liberating, freeing experience.

seeing what we want to see

It’s easy to filter your Facebook feed to see only what you want to see. Without unfriending people, I have hidden Facebook friends from my feed. I might do this if I too often see posts that offend my sensibilities or that are just annoying or if someone’s posts are too frequently excessively frivolous. In the last week one Facebook friend, gloating about the Republican victory in the elections, started sharing posts, originating from dubious sources, bashing the left. Rather than hiding that person entirely, I just told Facebook that I didn’t want to see posts from those sources. That is something that works in my Web browser on my PC, but not on my Facebook iPad app.

One would wish that we could have an environment of civil discourse. So much of what is on Facebook is highly biased either left or right, and some of it is just plain wrong. I have to admit having been guilty of perpetuating some of the left-leaning material myself.

I think back to the early 1980’s when I lived in in Oklahoma City. I used to regularly watch William F. Buckley’s Firing Line on PBS, even though his views were at the opposite end of the spectrum from mine. He was intelligent, literate, articulate, and had his facts straight. That last point is not something you can say about Fox News (or I suppose MSNBC as well at times), nor about much of what appears on Facebook.

I have no answers. Only my observations. 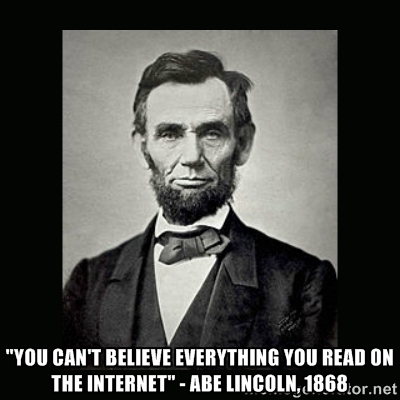 I learned last week of the death of a high school classmate.

We were friends on Facebook, and I hadn’t seen anything from him for a while. Then my news feed displayed a post to his timeline referring to him in the past tense. Hu?

I went over to his timeline, and saw his last post was the end of January. By mid-February people were posting on his timeline about his memorial service and sharing condolences and remembrances. The only obituary I could find did not list a cause of death. Mark was a serious, dedicated weightlifter and a very hefty guy. Perhaps it was too much for his heart. No matter.

Life is fragile. At times like this I’m reminded to savor it and be grateful.

Rest in peace and rise in glory, Mark.

Many of us would say Facebook probably has a lot of those. But here’s the one that’s on my mind: it’s hard to disagree on Facebook in a way that it is clear that you are disagreeing.

If I comment on a post, or a link, or a photo it shows up on my friends’ News Feed saying, “Mike Christie commented on a photo,” or whatever. I think the default assumption is to assume you agree with the item. Most people won’t bother to look at the comments, and if it’s an item with several hundred comments it may be close to impossible to find mine. So if I see something that I think is incorrect, misguided, or just plain outrageous, registering an opinion puts me at risk of being misunderstood.

There’s nothing I can do about it, but I’m just sayin’ …

social networks, civility, and the election

A lot of electronic ink has been spilled over the topic of social networks and the election, both within the social media and by the mainstream media. Those with opposing views have been hidden or at worst de-friended on Facebook, as has been mentioned so many times.

I am among the guilty. I hid at least one FB friend who was sharing an excessive number of pro-Romney links. And I liked, and hence shared, a fair number of pro-Obama links, along with posting a few of my own. I stopped that about three weeks before the election when a sensible person called for civility and not being in our friends faces with our presidential preferences. That was good advice, and I complied, as painful as it was at times. After all, no one was going to change my opinion, and I was going to change no one’s. I admit that I lost control Facebook-wise on election night, but was well-behaved the three weeks up until then. In the end I lost no Facebook friends during election season, though I have no idea how many friends might have hidden me.

The popular vote was close. We know that. Certainly people had legitimate reasons for supporting Romney, but I breathed a deep sigh of relief when CNN called the election for Obama. I have not changed my views that:

Maybe I’m wrong on some or all of the above, but I feel safer and more hopeful with Obama’s re-election, even with a split congress.

As for Facebook and social networks, let’s forget all of that and get back to being friends, sharing our thoughts, and respecting each other when we disagree.